With the Dye LT-R Review, you get a high-quality, low-priced loader that performs consistently without jamming. So were you searching for the same hopper I explained? If so, I will give you more information about the same loader.

Loader is the central part of a paintball gun; you cannot operate the weapon without them.

It is still necessary to look for a better option if you have the least efficient loader, so I recommend purchasing a suitable one. 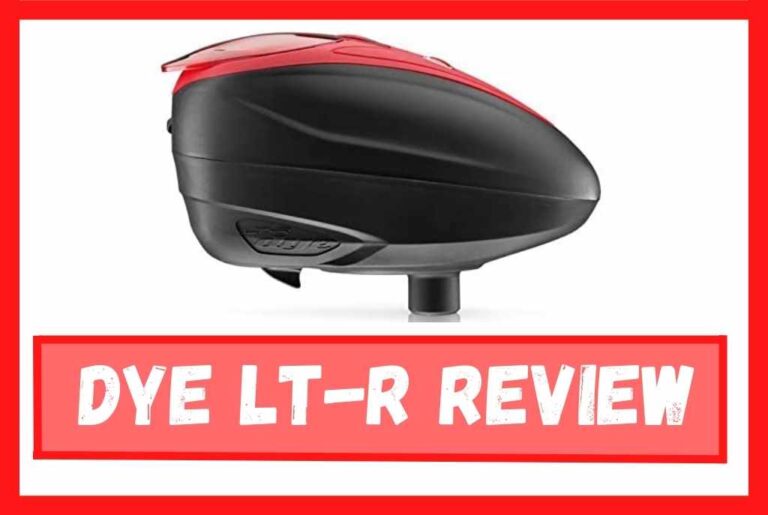 However, not every person can afford to buy expensive paintball gear simply because you need multiple products to be more effective to play paintball. Although numerous products will cost you a lot, the Dye LT-R loader can lower your investment considerably since it is pretty affordable compared to other loaders.

There are only a few hundred dollars you have to spend to purchase it, so I believe it will be a reasonable price.

Seeing as you’re here to learn about its specifications, let’s get straight to it without going around in circles.

Features of the Dye LT-R loader

The following are some of the features that make Dye LT-R one of the best value for money products: It loads more quickly than you expect.

In a paintball gun, the loader plays a key role than most other parts because it is quicker you can shoot continuously; however, on the other hand, if it is slow, you will lag during the match. It uses Rotor Technology to enable the marker to feed 30 balls each second.

What is its function? Let me tell you more about it 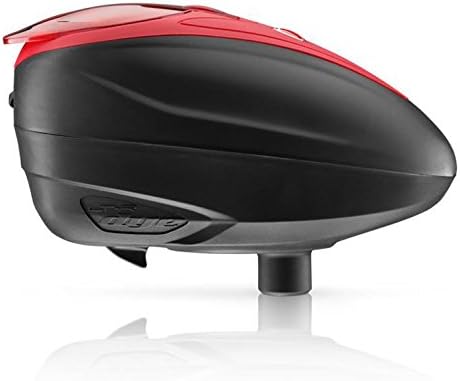 The paintball is guided through a small black hole, then through one of the eight slots and out of the bottom of the loader, where it is force-fed down into the hole. Because of this technique, it is one of the fastest to load because it can feed 30 balls per second.

1. Separating parts does not require tools

According to my research, I have found the majority of paintballers purchase extra tools to assemble the loader for cleaning or other purposes, resulting in extra investment, which disheartens them. However, a top-end loader must not require any additional tools, and luckily the Dye LT-R does follow the same. Similarly, you are not supposed to spend money to get tools for opening different parts. You can do it by pressing the small black button on the backside and pulling the two halves apart.

The black floor tray would be the part you need to push forward once the top half is separated.

Overall, I suggest you don’t open all parts of loads at once unless something breaks.

Paintball jam is the issue that most paintballs face making them move back to fix the problem. And the same problem used to happen with the Dye LT-R; however, the manufacturers felt the pain, and now they have fixed it.

Thus, the fact that they provided The Shark Fin Jam Release Trigger that enabled them to unjam the loader by simply pulling it backwards offered them the opportunity to do so at any time. After the shark fin has rotated back, the rotating arm expands slowly in the opposite direction and pushes the paintball out of the path during the rotation.

By doing so, Dye LT-R allows you to shoot smoothly and continuously regardless of any jam.

However, I like Dye LT-R because it needs only AA batteries with them; it can shoot over 80K paintballs before replacing them.

It is possible to play for a long period of time without worrying about replacing the batteries until you reach the 80000 shots mark.

I have mentioned numerous features about you that people might have been searching for. But let me tell you something more significant about the Dye LT-R loader: its reliability and muscular body.

It is mainly for those paintballers who don’t only play but also prioritise the durability of the paintball gear. I also prioritise long-lasting products because spending money again and again will waste my time.

The Dye LT-R has luckily proved solid and challenging during my daily paintballing sessions. I would like to point out there is a plastic shell that is made from a thick plastic material. All of the individual components feel as if they are exceptionally well made.

As part of my research on its durability, I discovered many videos of people dropping the loaders, throwing them into water, etc. This is something I have not done, but I am curious about it.

Colour options are available for you to choose from

With the Dye LT-R loader, customers can choose from various colour options for their loader. This is possible with the dye LT-R loader’s eight different colours.

Pros and Cons of the Dye LT-R

In the article below, we cover the advantages and disadvantages of the Dye LT-R.

Here are my final words about the Dye LT-R review. I hope you have decided what you want and do not want based on this review. The product is cost-effective and comes with various features, including the ability to switch off the black ops, as well as an astounding speed of 30 balls per second, making it the fastest product on the market.

I have written this review in order to find out whether you found it helpful or not.