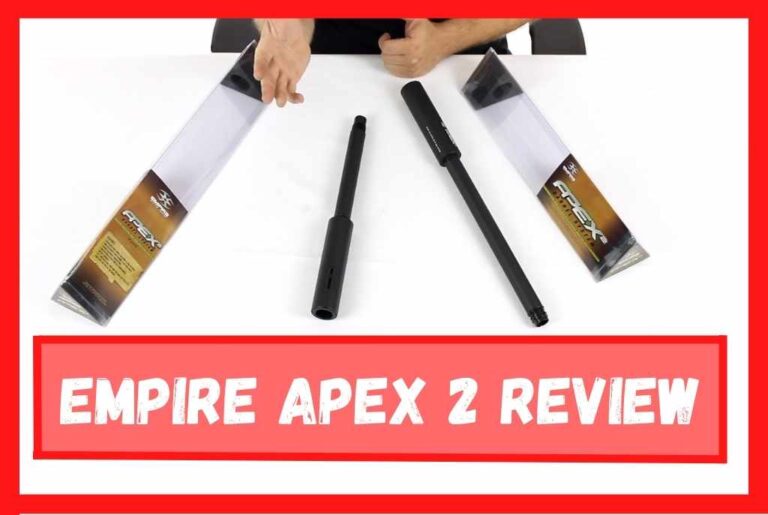 Do you want to shoot your opponent from far away during the battle?

Because you want to be a pro who can target their enemies that are very far. If you are like what I mentioned, then Empire Paintball Apex 2 is just a perfect choice for you. It enables you to shoot farther opponents and players through the barriers, making any target easily accessible.

So without wasting time, Let’s get into our thorough review of the Apex 2, which will make you able to know precisely how it works, with its distinct features.

In the end, it would be easy for you to decide whether it is perfect for you or not.

How does it work?

As I explained above, Apex 6 by Empire Paintball ensures more extended shooting targets, but most people want to know how it will be possible. So let me tell you in simple words without making confusion, the simple principles allow the ball to go spinning as it exits the barrel.

Did you understand? I know it would be a little tricky but don’t worry, after reading the article carefully, everything will look extremely easy for you then.

But one thing I recommend the most is to do plenty of practice so that you can know its work. 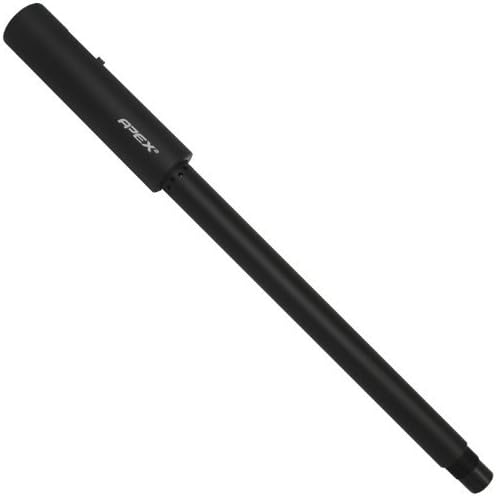 Specifications: The Apex 2 can, however, be used with any marker of your choice. Apex 2 is not a barrel, but rather a device attached to the end of a barrel. Many viewers are still confused, don’t worry, it is not a paintball marker; it is an extension attached to the end of a barrel to allow the gamers to shoot far away distances.
Check On Amazon

Following are some features which I will explain one by one.

I know you want to shoot opponents but keep more significant space to avoid getting injured. For that, you should have a paintball marker with more extended shooting capabilities; thanks to Apex 2, you can have this feature. Because you can use the Apex 2 to expand your range at a moment’s notice, giving you the ability to boost your range at any time.

Due to its adjustable slider on top of the Apex, you can increase the range of the paintball gun by moving it forward. With all nine adjustment levels that the adjustable slider has, the rubber ramp inside the Apex is further lowered.

Using the adjustable slider, one can lower a rubber ramp inside the Apex with each of the nine levels of control. Paintballs hit this rubber ramp causing them to backspin, and depending on how far you move the slider forward, the ball can either go further or curve through the air.

The ball will go further on a flatter trajectory as you move the slider forward just a few notches, but as you move it beyond that, it will curve.

Now with Empire Apex 2, you don’t have to worry about the opponents far away since it is now just a joke for you.

As well as when shooting at someone hiding under a tree, a flat trajectory can be used in many other situations. By adjusting the slider for the appropriate trajectory, you will no longer be forced to hope that a random paintball will make its way over their heads but can instead shoot directly at them.

Don’t you think it is quite a handy feature? If yes, try it out personally, and you will get shocked about how exactly it works.

Luckily with Empire Apex 2, You can eliminate enemies from all sides by shooting around corners and over obstacles. It would warn opponents that they are not safe now, but you should practice a lot before targeting the enemies through the obstacles.

To do this, you should move the slider to the proper position; however, you have to twist the Apex 2 to curve the ball of your preferred side. Using this curve functionality can hit the target efficiently because the ball is just taken into the enemy.

Finally, a few thoughts and Eecommendations

Those interested in shooting further but still with a lower flying height so they can hit their targets correctly will find Empire Apex 2 to be a perfect pick. Apart from its features, we have noticed that its only work is to enhance the range, more it usually works.
So, we have reviewed the Expire Apex 2 with detail, and now it is almost the end of the article, but we hope everything will be crystal clear for you people.

Overall, we recommend buying Apex 2 if you want to play paintball conveniently while not missing a target.