Are you looking for an affordable paintball loader that is almost half the price of other paintball loaders on the market? You should consider the Empire Halo too review if you want to get the best deal.

Because this is a paintball loader that is less than half the price of many top loaders yet offers the same outstanding performance, the Empire Halo is the ideal choice for most players. However, with the ultra-quiet belt drive, you can throw plenty of paint at your opponent as it forces feeds over 20 balls per second, just ten balls less than the Dye LT-R paintball loader.

I want to make it clear to you that while it is not as expensive as other such hoppers of the same quality, it still gives almost 90% of the same performance as others.

Furthermore, Halo Too is likely the most affordable hopper that works flawlessly during numerous tournaments. But keep in mind that it may not be the best appropriate hopper for the highest level of competition; it will still do the job players are looking for.

It is true that I spoke extensively about the Empire Halo Too Review, but I will review the topic in depth below, with pros and cons, as well. 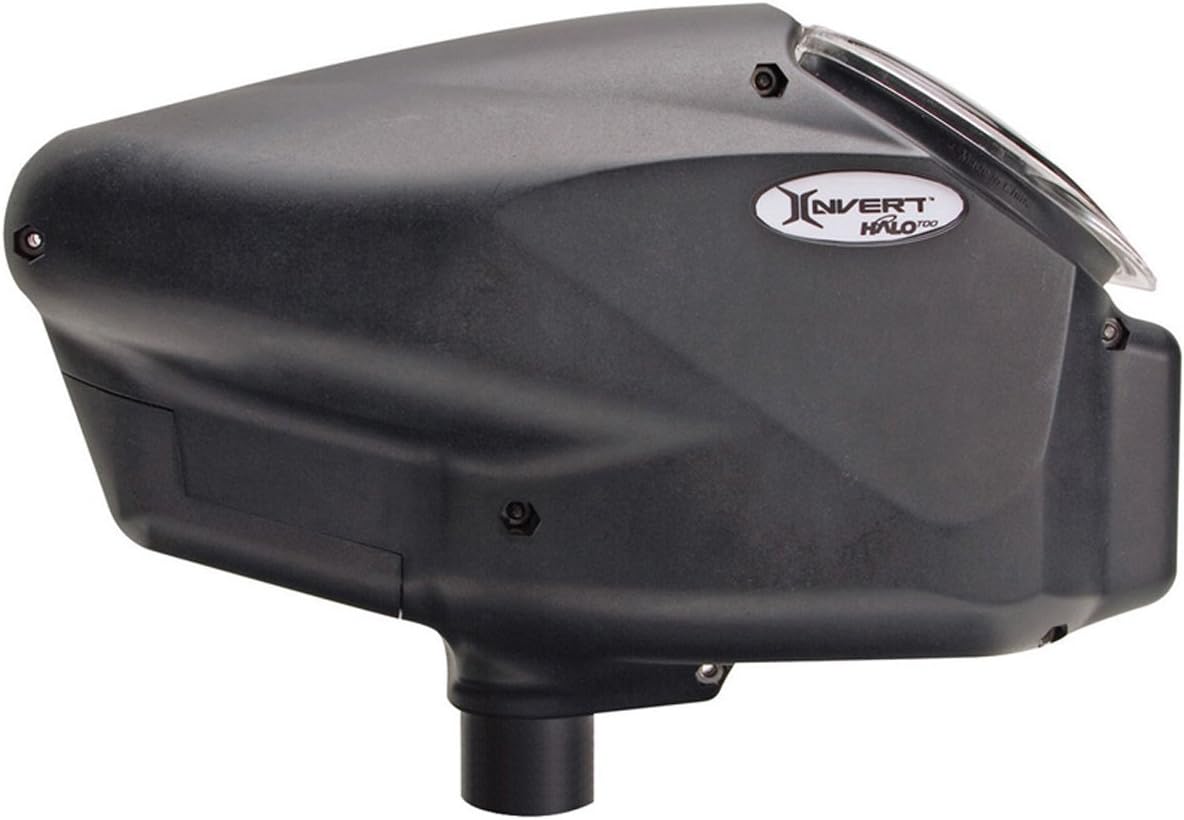 The number of balls

If you want to win the battle rather quickly without having to be concerned about fewer balls, Halo Too by Empire can be quite useful. It goes without saying that I believe that more balls mean more targets, which means winning the game quicker than the rest.

With a new polycarbonate shell with a matte black finish, this paintball gun can withstand any hit and comfortably holds 180 paintballs at once.

Can’t you handle 180 balls? Isn’t that enough for you?

In terms of laptops, it is important to have a long battery life to work for long hours; the same is true for paintball loaders. You will be able to save a lot of time and money if you consider a good battery before investing in a loader.

With my experience since I am in close contact with lots of paintball gears, I am able to provide you with some specific information about these products.

So Empire Halo Too does not utilize any power when there is no sound.

It has been my experience that many loaders are set to spin continuously until they detect a new ball, which wastes power. As a result, they will display uneven performance, which will force you to change them.

Most interestingly, the Halo Too hopper shuts down when you don’t play anymore or have left your Loader somewhere else; this feature saves a lot of power.

How many balls per second?

Balls per second are the feature of a paintball gun which BPS denotes; it is the capability of a marker to throw balls in each second. It depends upon markers, but do you know Loader plays a key role here?

With the ultra-quiet belt drive, you can throw plenty of paint at your opponent as it forces feeds over 20 balls per second.

However, on the other hand, there are plenty of other loaders with a feeding rate of 20+ BPS, but they have jamming issues; that is why I prefer Halo Too in this scenario. Keep the pressure to the lowest because the higher pressure will lead to the breakage of paintballs leading to damage to internal parts.

Jamming is almost always a most disliked thing by all paintball battles; they don’t have a loader with jamming issues.

Halo Too by Empire has a freeway anti-jam that ensures that this loader feeds the marker continuously. Although I was initially sceptical about the sound-activated feeding, it turned out to work quite well.

You should adjust the sensitivity of your microphone so that it picks up the sound of the marker. By doing so, the loader won’t accidentally detect the sound of another marker and try to feed the paint.

The sound of the loud motor on a loader with eyes immediately gives away your position, allowing the enemy an easy opportunity to hit you if you do not reload quickly enough. If you don’t fill quickly, you will target the enemy.

In comparison, the Halo Too does not have this problem, as its belt drives make it silent. This means you don’t have to worry about anyone else hearing your loader when you’re using it.

Features of Halo Too Loaders

I will tell you everything, both pros and cons, about every aspect. Do you still plan on using any other loader despite knowing all these features? In this case, I hope that you don’t forget to make a plan for it and that you will not forget this time.

I hope you won’t roam more; everything will be apparent if you don’t let me know about your issue.